Our one lap Half M takes the journey from the Race Start on the High Street, through the Historical & Picturesque 12th Century Kenilworth Castle, out into the beautiful Warwickshire countryside and back, all on closed roads. 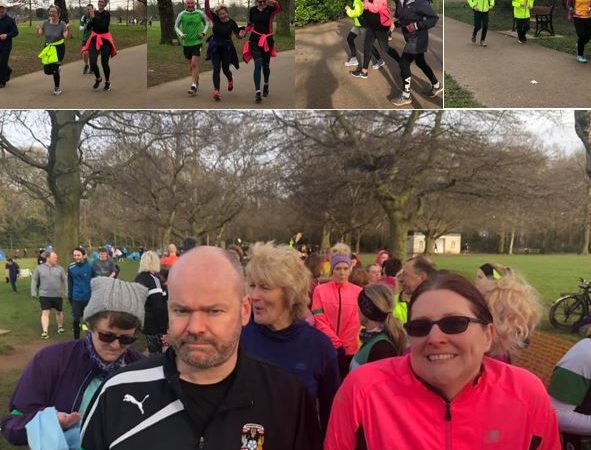 Four Kenilworth Runners competed for Warwickshire in the inter-counties championships in Loughborough this weekend with more boggy conditions and over-distance racing to test them.

All four of them earned their place through their recent performances and surpassing themselves over the winter season and deservedly earned their run out for Warwickshire.  The best result for Warwickshire involving Kenilworth Runners was in the Senior Women’s race where the country placed a respectable 10th.

Congratulations to Luke Cassidy our youngest ever youth member to win a Warwickshire Vest and represent his county in the Inter Counties Cross Country.

Kenilworth Runners Dan Leng and Emma Ford took part in the Victoria Park Half Marathon in London this weekend. The course is 6.5 laps around the park which makes for quite a flat and pleasant course with a 5k and 10k also held at the same time on the same loop.

The problem with doing these 2-mile laps is that they both ended up having to overtake and zigzag between many people making it hard to settle on a rhythm and focus on pacing.  However both got PBs, Dan obliterating his previous PB and going sub 80mins for the first time in a time of 1:19:54, coming 8th overall out of 775 finishers. Emma got a PB in a time of 1:24:28, finishing 4th woman and 48th overall.

The race was won by Mike Boucher from Aldershot Farnham and District AC in 1:13:43 and there were 758 finishers.

Thanks to Emma for the Victoria Park writeup.

Fresh from running for Warwickshire in the Inter Counties XC event on Saturday, Oliver Flippance and Marie Matthews took on the two lap Fradley 10K on Sunday 8th March and both performed well. Ollie finished 22nd overall from over 1000 finishers in 37:51 and Marie 47th overall and 3rd female in 39:57.

Seven more Kenilworth Runners were running with Kerrie Flippance and Samantha Moffatt very pleased with new or close to PBs.

The course attracts many athletes trying to improve their best times because of its fairly flat nature. However the race is often affected by high winds which proved to the case on Sunday.

The race was won by Tom Charles from Trafford AC in 32:07 and there were 991 finishers.

Thanks to Dave P for the Fradley writeup.

Nine Kenilworth Runners headed to Draycote Water for this month’s instalment of races.  This month a 20 mile race was on offer alongside the regular 10k race, the longer distance proving popular with the runners training for their Spring marathon.

In the 20 mile race Keith Beasley ran home 2nd place in 2:07:00 and a double 2nd place finish for Kenilworth was completed by Laura Pettifer who came in 25th position in 2:35:36 landing her 2nd lady.

In the 10k race Stephen and Samantha Fowle were well placed for the club.  Stephen finished 10th with a time of 40:41 and Samantha grabbed another 2nd place ladies position, finishing 19th overall in a time of 42:37.

Congratulations to those who graduated from the Couch 2 5k programme at Parkrun this Saturday!  We look forward to running with you for many years to come!

Kenilworth Runners Mens team wove their way around Warley Woods in the wild winds at the cross country on Saturday. Good team turnout for a challenging ditty with some great runner from everyone. Welldone!

The Wonder that was Warley Woods Cross Country mud mayhem and spikes fun. Great team vibe and running from our Women! Welldone.

Start the New Year with your sights set on the Kenilworth Half Marathon. Sign Up Now and get an early bird price from £27 for affiliated runners.

Sign up for the Kenilworth Half Marathon before the 31st December 2022 and get an early bird price from £27 for affiliated runners.

One town, a castle, the countryside and you!

A frosty snowy week with festive themed runs to keep us warm in minus temperatures. Highlights include Hooky Christmas Canter, Stoneleigh Reindeer, K.R. Christmas lights tour around Kenilworth, visiting where it all begun at Bushy Parkrun, Draycote Half and normal club staples.